The South Carolina Journal of International Law & Business is advised by faculty members; however, the Journal is primarily a student run journal.

Susan Kuo is a Professor at the University of South Carolina School of Law and an affiliated researcher with the Hazards and Vulnerability Research Institute. Her research focuses on disaster law and policy and has been published in law reviews including the Boston College Law Review, the Washington University Law Review, the Indiana Law Journal, and the U.C. Davis Law Review. She teaches or has taught Criminal Law, Criminal Procedure, Federal Courts, Conflict of Laws, Civil Procedure, Law and Social Justice, and Race and the Law.

Jesse Cross is an Assistant Professor of Law at the University of South Carolina School of Law, where he teaches courses on Legislation, Health Law, and Conflict of Laws. Professor Cross received a J.D. from Yale Law School, an M.A. in English from the University of California, Irvine, and a B.A. from Dartmouth College. After graduating from law school, Professor Cross served as a Counsel in the Office of the Legislative Counsel to the U.S. House of Representatives, an office that works with all the committees and Members of the House of Representatives to draft legislation on a non-partisan, impartial, and confidential basis. In this role, Professor Cross drafted legislation relating to the Medicare program and the Patient Protection and Affordable Care Act (commonly known as “Obamacare”), as well as legislation relating to health information technology and health care fraud, waste, and abuse. 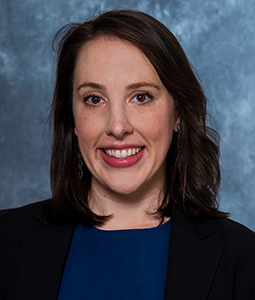 Emily Winston joined the University of South Carolina School of Law in 2019. She teaches Business Associations, Securities Regulation, and a seminar titled The Social Impact of Business Activity. Her research explores the economic and social impacts of business law, including corporate governance and financial market regulation.  Most recently, her research has explored the relationship between capital markets regulation and wealth inequality. Prior to joining the University of South Carolina School of Law, she was a Jacobson Research Fellow in Law and Business at NYU School of Law. Prior to that, she was a Clinical Fellow and Supervising Attorney at NYU’s Business Law Transactions Clinic. She also served as a C.V. Starr Lecturer at the Peking University School of Transnational law in Shenzhen, China.Professor Winston earned a B.A. in Economics and a B.A. in Government and Politics from the University of Maryland. She received her J.D. from the University of Chicago Law School in 2010. After earning her J.D., she practiced law for several years at Dewey & LeBoeuf and Paul Hastings in New York where her practice focused on capital markets and finance transactions involving publicly traded Latin American companies.

Joel Samuels, Director for the Rule of Law Collaborative

The South Carolina Journal of International Law & Business is pleased to announce that our Fall 2020 Symposium, titled International Law in Times of Crisis, will take place on November 6, 2020! Our symposium will involve three separate panel discussions and a keynote address. Each panel will discuss one overarching topic in international law: (1) END_OF_DOCUMENT_TOKEN_TO_BE_REPLACED

The latest updates from SCJILB and spotlights on current and past members highlighting their achievements.